Compassion- It's More Than a Feeling

During a recent sermon, my pastor stated that compassion in the Bible is not just a feeling but is always followed by an action. Looking at a dictionary definition of the word, it states that compassion is, “a feeling of deep sympathy and sorrow for another who is stricken by misfortune, accompanied by a strong desire to alleviate the suffering.”  A deeper look at the word in a Bible dictionary says that it is a human disposition and a form of love “that fuels acts of kindness and mercy” and has a broader meaning of “’to show pity’, ‘to love’, and ‘to show mercy’. Other near synonyms for compassion in English are ‘to be loved by, ‘to show concern for’, ‘to be tenderhearted’, and ‘to act kindly’”.

In Exodus 34:6, we learn about God’s compassion toward us when He says, “And the LORD passed by before him (Moses), and proclaimed, ‘The LORD, The LORD God, merciful and gracious, longsuffering, and abundant in goodness and truth’”.  And in Psalms 78:38-39, after reading about how the Israelites turned their backs on God, we are told, “But He, being full of compassion, forgave their iniquity, and destroyed them not: yea, many a time turned He His anger away, and did not stir up all His wrath. For He remembered that they were but flesh; a wind that passeth away, and cometh not again.” God’s action each time was to show mercy and compassion through His longsuffering nature and to forgive those who angered Him, holding back His wrath toward their disobedience. Psalms 103:8-14 tells us, “The LORD is merciful and gracious, slow to anger, and plenteous in mercy. He will not always chide: neither will He keep His anger forever. He hath not dealt with us after our sins; nor rewarded us according to our iniquities. For as the heaven is high above the earth, so great is His mercy toward them that fear Him. As far as the east is from the west, so far hath He removed our transgressions from us. Like as a father pitieth his children, so the LORD pitieth them that fear Him. For He knoweth our frame; He remembereth that we are dust.”  God also tells us that we are to have compassion for others as well, as we read in Zechariah 7-9-10, “Thus speaketh the LORD of hosts, saying, ‘Execute true judgment, and shew mercy and compassions every man to his brother: and oppress not the widow, nor the fatherless, the stranger, nor the poor; and let none of you imagine evil against his brother in your heart.’” Just as our Heavenly Father has shown mercy and compassion to us, we are to be kind, merciful, and compassionate to others.

The ministry of Jesus is filled with acts of compassion. In Matthew 9, we read how he raised the dead, healed the sick, gave sight to the blind, and cast out demons. In verses 35-36, we are told, “And Jesus went about all the cities and villages, teaching in their synagogues, and preaching the gospel of the Kingdom, and healing every sickness and every disease among the peoples. But when He saw the multitudes, He was moved with compassion for them, because they fainted, and were scattered abroad, as sheep having no shepherd.”

After the death of John the Baptist, we read in Matthew 14:13-14, “When Jesus heard of it, He departed thence by ship into a desert place apart: and when the people had heard thereof, they followed Him on foot out of the cities.  And Jesus went forth, and saw a great multitude, and was moved with compassion toward them, and healed their sick.”

In Mark 8:1-3 we are told, “In those days the multitude being very great, and having nothing to eat, Jesus called His disciples unto Him, and saith unto them, ‘I have compassion on the multitude, because they have now been with me three days, and have nothing to eat: and if I send them away fasting to their own houses, they will faint by the way: for divers (various) of them came from afar.” Continuing to read the chapter, we learn that seven loaves of bread and a few small fish were gathered, then Jesus blessed the food and it was passed around to the group of people. In verses 8-9, we read, “So they did eat, and were filled: and they took up of the broken meat that was left seven baskets. And they that had eaten were about four thousand: and He sent them away.” Jesus showed true compassion for everyone He encountered, going far beyond just feeling emotional about their personal situations. In every case, He acted on His compassion in a way to help each one. This is true compassion, and as children of God, we should act in the same manner.

God’s greatest act of compassion was sending His Son to take the punishment for our sins, so that we might be reconciled with Him. John 3:16-17 tells us, “For God so loved the world, that He gave His only begotten Son, that whosoever believeth in Him should not perish, but have everlasting life. For God sent not His Son into the world to condemn the world; but that the world through Him might be saved.” And we are instructed in Ephesians 4:32, “And be ye kind one to another, tenderhearted, forgiving one another, even as God for Christ’s sake hath forgiven you.” True forgiveness is a kind and merciful act, and we need to truly forgive those who have hurt us in the same way we have been forgiven by our Father in Heaven.

Colossians 3:12 says, “Put on therefore, as the elect of God, holy and beloved, bowels of mercies, kindness, humbleness of mind, meekness, longsuffering.” In 1 John 3:17, the question is asked, “But whoso hath this world’s good, and seeth his brother have need, and shutteth up his bowels of compassion from him, how dwelleth the love of God in him?”  And 1 Peter 3:8 tells us, “Finally, be ye all of one mind, having compassion one of another, love as brethren, be pitiful, be courteous.”

As we strive to live according to the will of God, let us be sure to keep compassion in our hearts for everyone, forgiving as we have been forgiven, and loving and caring for one another as we have been loved by our Heavenly Father. Matthew 6:14 reminds us, “For if ye forgive men their trespasses (any injury or offense done to another), your Heavenly Father will also forgive you.”

We have many wonderful acts of compassion that we can read about in the Bible, but we need to do more than just read about them. James 1:22-25 tells us, “But be ye doers of the word, and not hearers only, deceiving your own selves. For if any be a hearer of the word, and not a doer, he is like unto a man beholding his natural face in a glass: for he beholdeth himself, and goeth his way, and straightway forgetteth what manner of man he was. But whoso looketh into the perfect law of liberty, and continueth therein, he being not a forgetful hearer, but a doer of the work, this man shall be blessed in his deed.” A kind word or deed is often simple to give, even when we cannot afford to help others in a monetary way. Whenever we are able, we should offer kindness and acts of compassion to those we encounter, showing them what true Christianity is, so that if they do not yet know Christ as their Savior, they will want to know Him. As we start each morning, let us remember and act upon Ephesians 5:1-2, “Be ye therefore followers of God, as dear children; and walk in love, as Christ also hath loved us, and hath given Himself for us an offering and a sacrifice to God for a sweet-smelling savor. 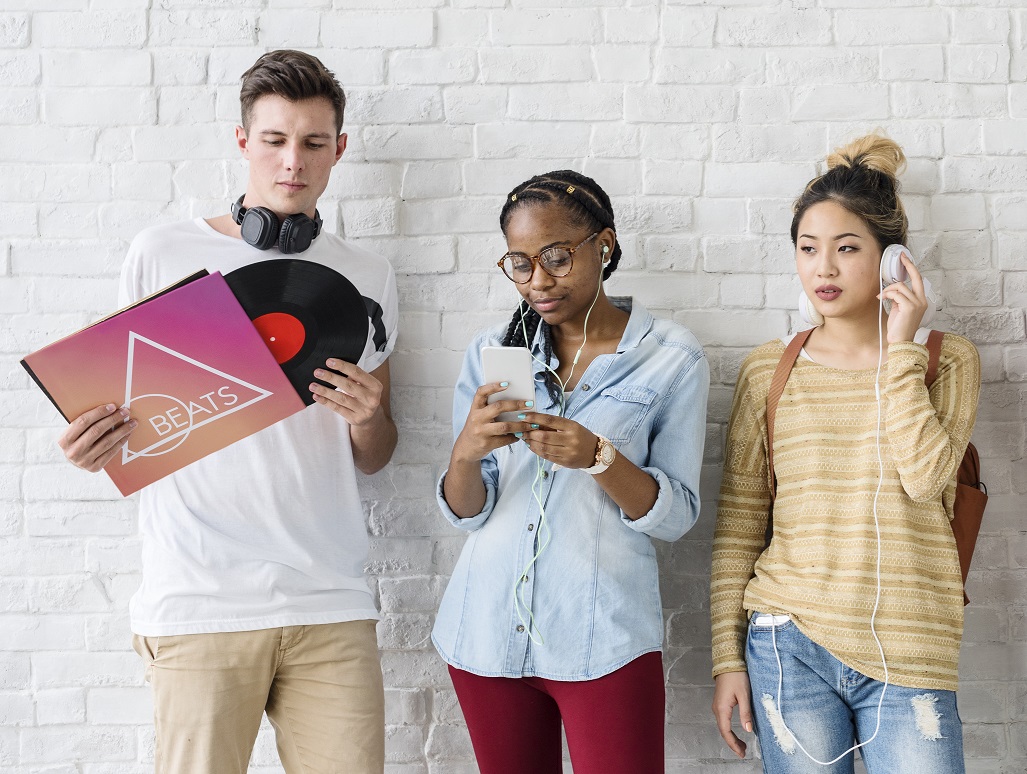 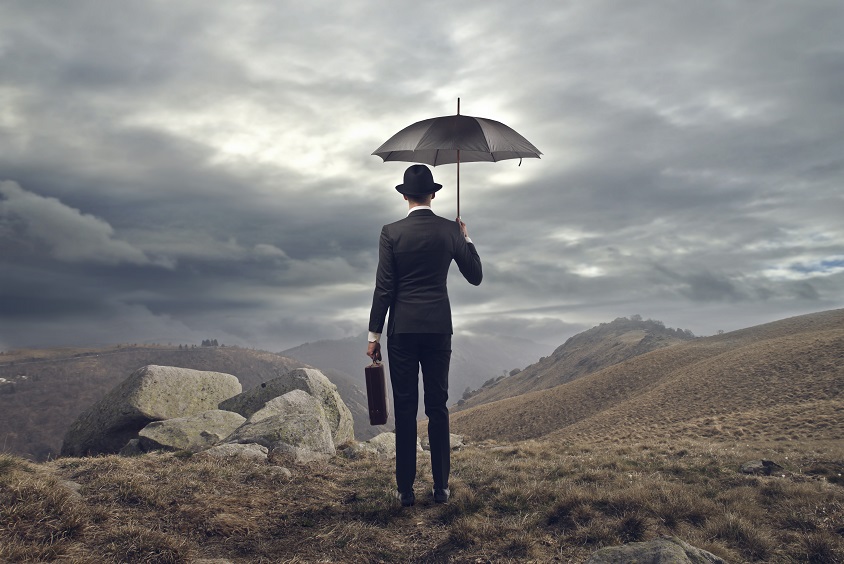